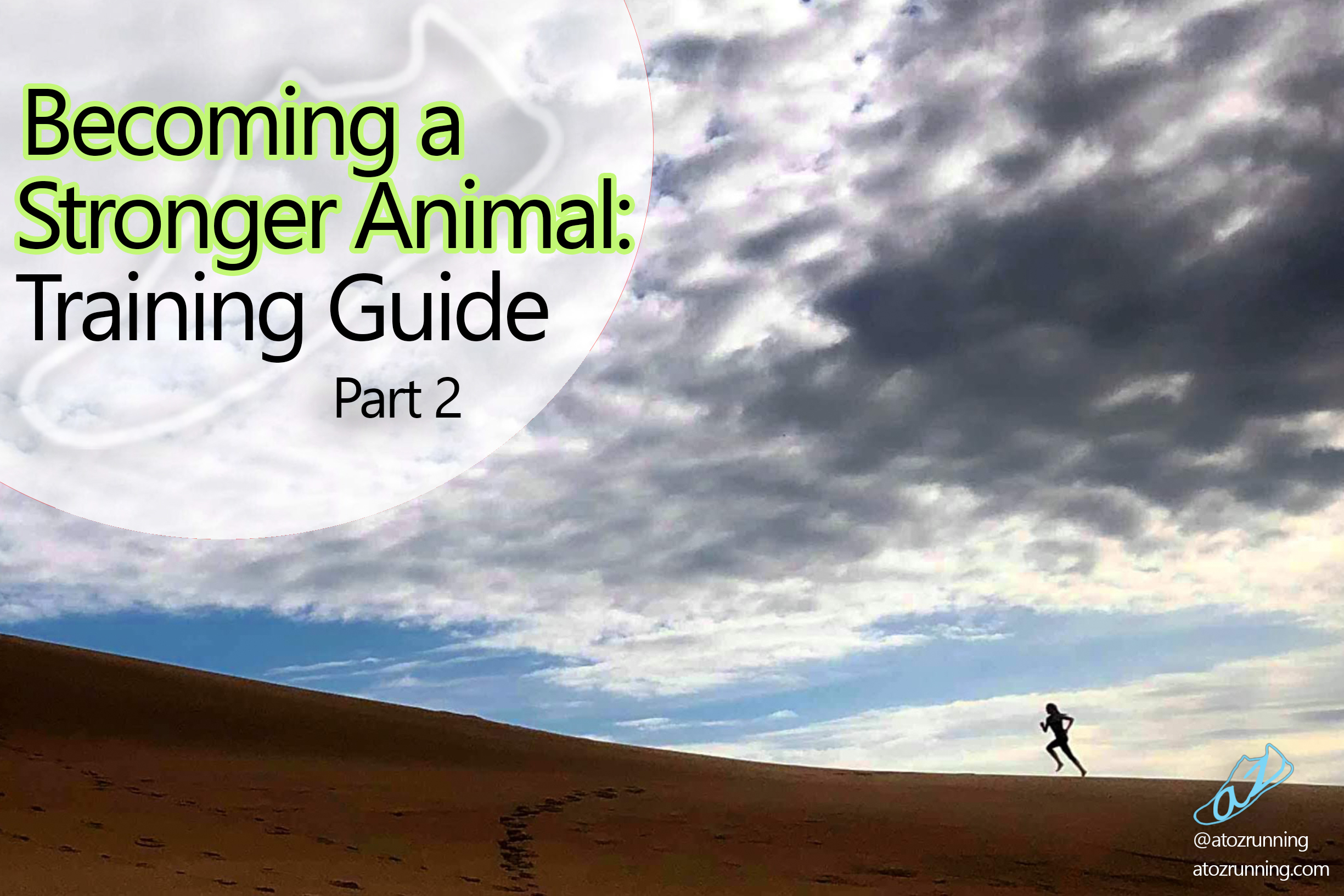 In high school, Andi had the great privilege of running under the tutelage of an incomparable legend of high school coaching: Dave Hodgkinson. To those who knew of him, he was something of a master or king. To those who ran under him, he was exactly the right balance of personal attentiveness, profound insight, and practical sense.

As Andi will often tell, one of the more memorable insights “Hodge” once shared with her was, in very simple terms, “Andi needs to be a stronger animal.” If only we all had a Hodge under whom to learn during our formative years! Why? Because that simple point may very well be one of the most influential realities on long-term distance running success – defined here simply as thriving in the sport to whatever degree you aspire.

Therefore, on that foundational insight I will build the second installment (of 3, I should add) in my essentials training guide.

(If you missed it, part 1 in the training guide was all about building the aerobic base.)

As Soon as Possible

I believe I can speak for every physical therapist ever (bold, I know) when I say that the vast majority of times someone says “this hurts,” it is a direct result from either a significant weakness or a lack of mobility.

The exceptional value of that physical therapist, then, is in his/her ability to quickly and accurately identify and treat those weaknesses and/or immobilities. That’s also why patients tend to see quick results. It doesn’t take much to influence general strength or mobility. But it does take consistent discipline to maintain proper strength and mobility.

So when should someone start trying to integrate (if you don’t already) the concepts below? Now. (Unless this is race week for you… then maybe you avoid making any notable changes to anything.)

Start with a Simple Routine

Nearly every high school (and most every college) runner takes for granted the before/after routines. All those silly drills coach made you do before and after running? Thank him/her when you get a chance. And keep doing them.

Truthfully, the actual specifics of the routine are not nearly as important as the simple fact that you are doing something on a regular basis. Even so, there are a few dynamics that tend to be most important for runners.

By the way, nearly everything I am about to share comes from or is based on either the work of Jay Johnson (well known for his dynamic GSM – general strength and mobility – routines) and Adam Homolka of Endurance Rehab and Athletics in Ada, MI (our physical therapist who specializes in distance running – we wouldn’t be doing what we are doing today without him!).

Those three in mind, find a routine or a couple routines that effectively target them in dynamic ways and make that part of your daily exercise. If you want to know specifically what exercises and such I might recommend for those, take a look at my example at the bottom of this post.

Aside from general strength exercises the second layer to strengthening for runners is hill work. Everyone dreads it. Everyone does it. Most distance runners do it completely incorrectly.

If you recall from part 1 of the training guide, anaerobic activity is generally a bad idea for anyone attempting to build an aerobic base. If I haven’t convinced you of that yet, read Livingstone’s book. The fact is that hill sprints or other forms of classic hill workouts are basically low-impact interval workouts. There certainly is a time for such a thing, but not during the base phase when the goal is to stoke that aerobic base as hot as possible before the target race.

The alternative is one of two things.

Not sure what hill bounding is? In short, it’s a circuit run where you (ideally, according to Lydiard via Livingstone’s book)

Running on hills is a great way to build strength without needing to take extra time and can be beneficial even for an easy run. The goal is simply to benefit from the hills without excessively hard effort.

If you were to ask me whether you should lift weights as a part of your training plan, I would first respond by asking your age. Developing athletes can benefit significantly from time spent doing a simple, balanced lifting routine. Aging runners may likewise benefit (for different reasons). In either case, though, and for anyone else who wants to spend time in a gym, my approach is as follows:

Lydiard himself was famous for saying that if athletes wanted to lift weights, they could just shovel some piles of gravel around. In my own experience, I have actually literally discovered the truth behind that sentiment. In simple terms, though, it is a lot easier to do harm than good by lifting weights.Proceed with caution.

The M part of GSM being mobility, it is important to reflect on the complexity of flexibility. It’s complex because there are a lot of different reasons something might feel tight, and depending on the reason, certain approaches prove more or less effective.

Even so, I abide by 3 key practices that prove almost imperative to staying healthy and enjoying running.

Before getting into it, it’s important to note that I do NOT do these things every single run every day. Most days I do some of them from each list. However, I am also intentional about trying to touch on each of the important elements at least a few times each week. Here’s my big list.

As with many things in training, the specific of how to become a “stronger animal” will and should vary, not just one athlete to another but even one month or week or possibly day to another. The amazing thing about our bodies is that they are always growing, changing, adapting, etc., and not always for the better. Consequently, our practices need to likewise adjust to best meet the current needs.

The one most clear statement I can offer on the topic is simply, to borrow Hodge’s words one more time, every runner looking to thrive in the sport needs to be a strong animal. You will feel better, run faster, stay healthier, and ultimately find greater fulfillment and joy in the sport if you do.

This article is part of a three part series:

Raise the Roof: The Why and How for Aerobic Fitness
Becoming a Stronger Animal
A Well Oiled Machine 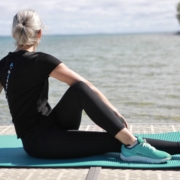 A Well-oiled Machine: Training Guide part 3
Scroll to top
Interested in a Service?