We can do more than we ever though possible when we have motivation that means more.

Today on the show we have the unique opportunity to bring to you two incredible stories about father-son teams in endurance racing. Their deep family bonds has inspired them to achieve what others may say is impossible. Today we hear the stories of Jeff and Johnny Agar and Bill and Logan Johncock.

Jeff and  Johnny are an internationally known father-son duo from our very own stomping grounds in West Michigan. Having completed marathons and half ironmans together, Jeff and Johnny continue to motivate one another to big dreams. They competed in the World Ironman Championships in 2016. Johnny recently achieved a major goal of walking a full mile. Johnny is surpassing what his doctors thought possible when he threw limitations out the window. Together they have spurred one another along to major accomplishments and in doing so, have inspired people around the world.

Jeff and Johnny have competed with My Team Triumph which helped launch Team Agar.

Here are must watch videos from the Agars as mentioned in the episode:

Johnny Agar and the Rock- Under Armor Commercial 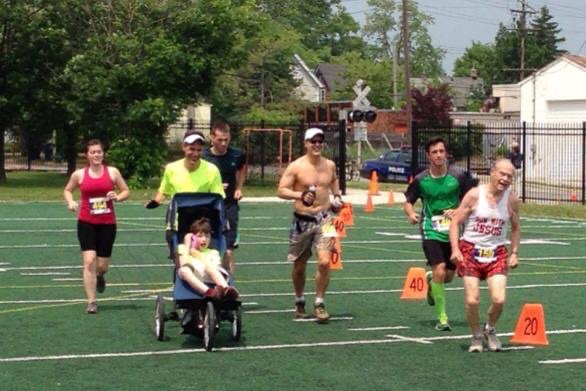 Bill and Logan Johncock are a father-son running team who have qualified for Boston as a duo in a blazing time of 3:30:52 (8:02/mile average for 26.2 miles). Logan’s love for the sport of running and delight reaching finish lines has motivated Bill to continue to tackle big goals. The Johncocks have a legacy of running in their family. Bill has run 104 marathons, his fastest being the 2:34 Chicago Marathon in 1990. Bill’s father, (Logan’s grandfather) ran 116 marathons. He set several national age group records. It’s in Logan’s blood to love running events. By doing competitions together, the legacy lives on.

In our interview with Bill, he talks about the value of finding ways to pour in to the community, including creating opportunity for people who couldn’t otherwise cross finish lines, like Logan.

Here is the information about Ainsley’s Angels

Here is the donation page 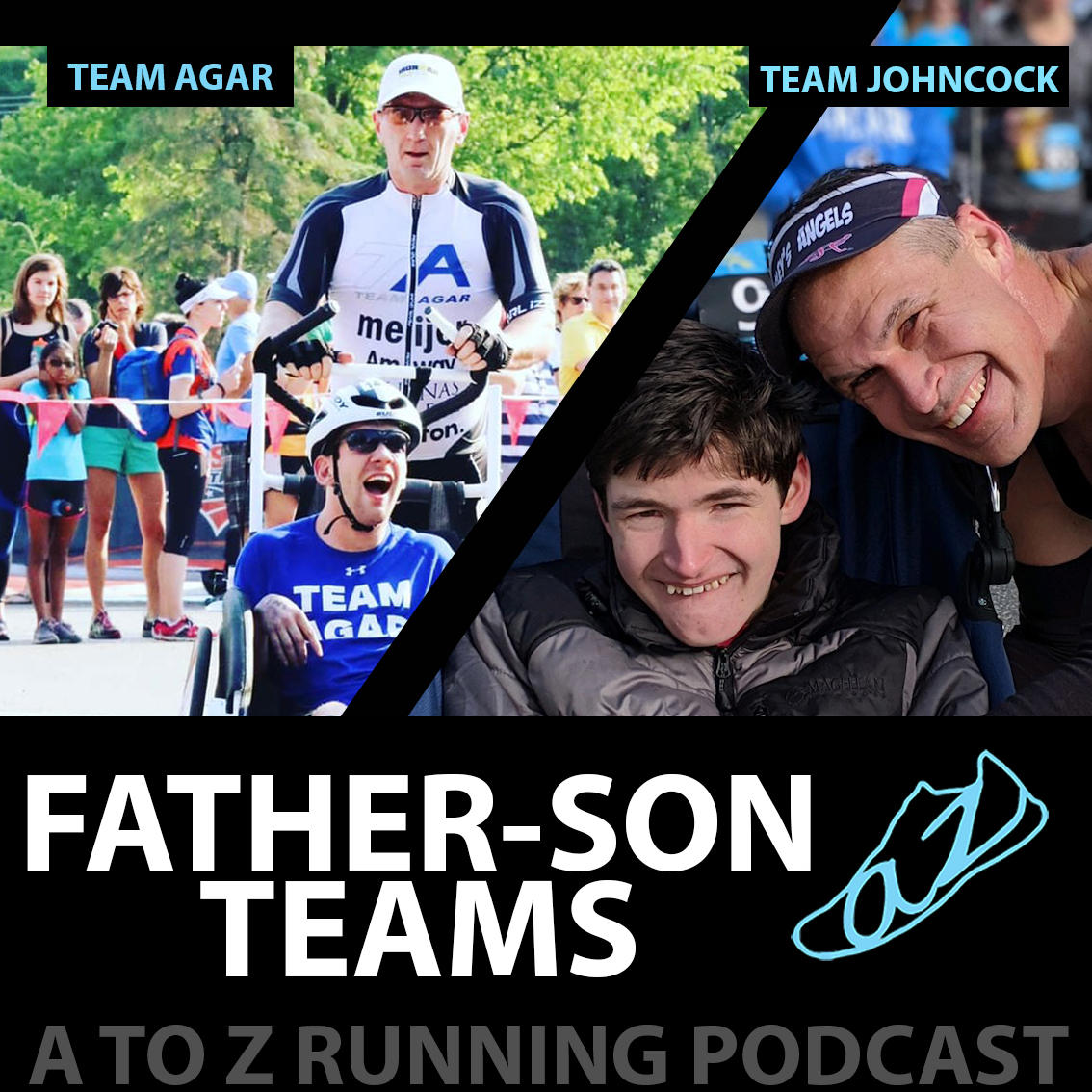 A Runner’s Guide to Knee Pain