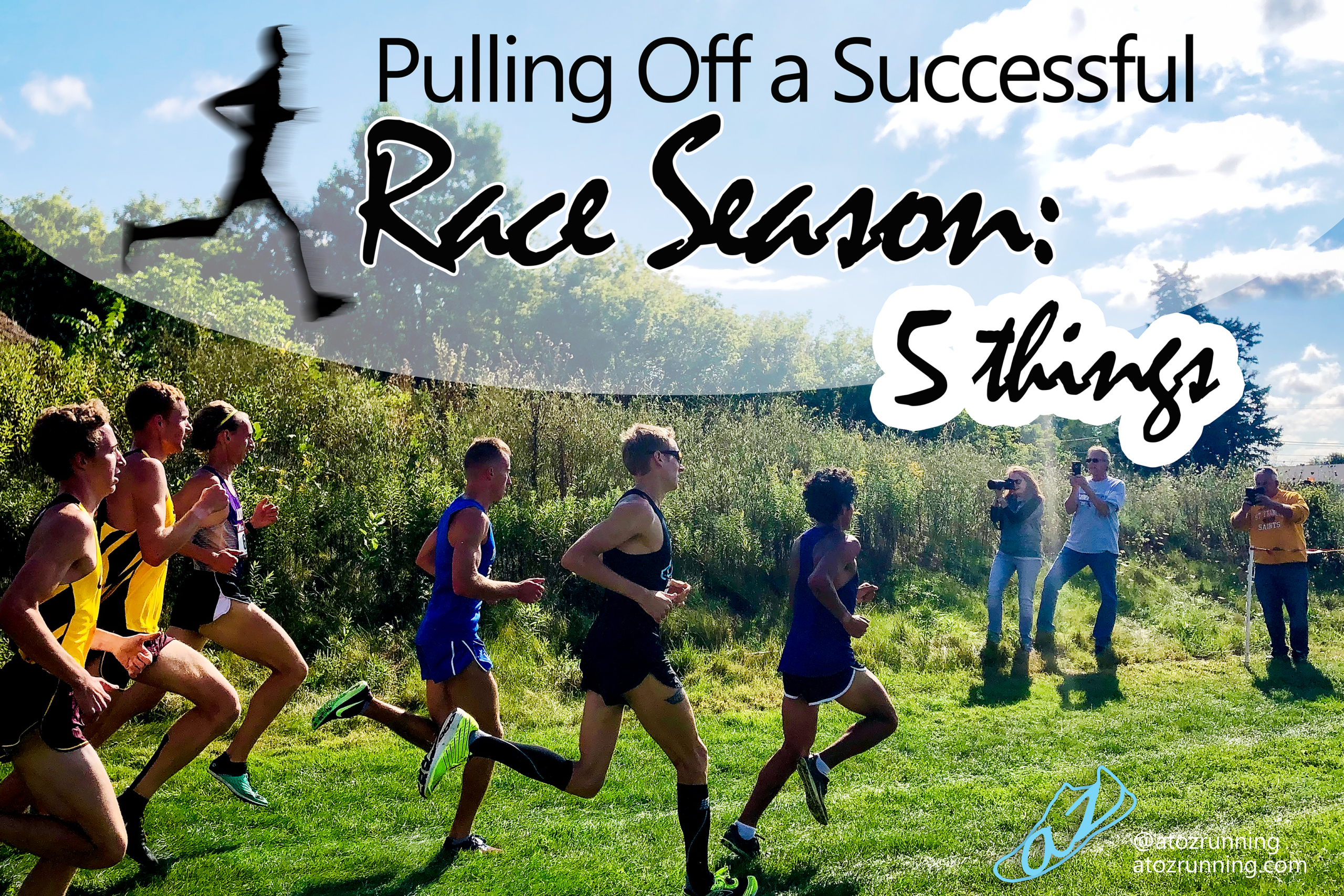 If you’re coming up on your race season, congrats! You’ve put in the work. The reward for your dedication is around the corner (whether that’s the race itself or the idea of just being done – we won’t judge you!).

We are currently approaching our goal race – the Chicago Marathon which is less than 6 weeks out. Before that, though, we are running a couple races in preparation, the LMCU Bridge Run (shout out to the RunGR crew for putting on a GREAT event year after year, and good luck to everyone participating this weekend!) and Quad Cities Half Marathon (this one is new for us, but we are very excited).

If you want more on how to get the most out of your tune up races, give this a read.

As you gear up for the big day, now is the time to double down on several very important things. Take a look at the list here, then read on for our take.

Keep up the mileage. Sure, you will taper some, but most runners taper too much, resulting in excessive fatigue and lethargy – the exact opposite of its purpose.

The appropriate taper depends somewhat on the starting point (how much running were you doing previously) but should basically follow this rule: begin tapering during the final 3 weeks (including race week as the third), running 80-90% of your previous volume, 60-70%, then whatever for race week (not meaning that you totally slog it but that you probably run the first few days of the week like you did the week before, then just keep things chill the final days before the race).

Really, it’s more art than science, but the key idea for marathoning is to maintain a strong aerobic load until the final few weeks. For shorter distances, the total load is not quite as important, but some of the key aspects of aerobic conditioning are (continue the long run, keep up some longer aerobic runs during the week).

That aerobic ceiling is high and we are ready to fly! The weeks leading into the race are the time to do some more race specific workouts. And before you think of this as a contradiction to some of Zach’s previous claims about workouts, remember that in the final several weeks, very little can be done to raise your aerobic base. However, other things can be done to fine-tune your system to be primed and ready to race hard.

The first is actually scheduling some tune-up races. For us, that’s Bridge Run (Zach is doing the 10mi, but I am doing the 5k) and the Quad Cities Half. The purpose is not to go out and test our capacity at those distances, though. Instead, it is more of a good hard effort minus the ending push and final kick (those things are too risky).

For the second, whatever your race distance, the mindset is pretty much the same: focus on some fundamental V02max intervals with equal, jogging rest.

By definition, that means about 5k pace (reasonable estimation of) and 5k distance worth of work in increments of around 400-1,000m with jogging rest for the same amount of time it took to run the rep.

Our three favorites are:

For the marathon, Zach likes to do all three of those, one per week each of the final three weeks (including some 400 repeats the Monday before the marathon). Additionally, we keep at least one of our long steady state workouts going every week, as well.

Note from Zach: This is a post for another time, but don’t confuse V02max intervals for anaerobic intervals. Those are not the same kinds of workouts (anaerobic intervals are generally quite a bit harder and usually operate with shorter rest). Perhaps we will write on this in more detail another time, but a quick search online will give you plenty of material to show the difference.

Life happens, but if it’s within your control, stick to your normal routine. Things we can control:

Unfortunately, I have to travel for work a week before the marathon. Thinking about the list, though, I can still control most of those things.

We’ve all read statistics on sleep. I think we can agree it’s a good thing. We need it to recover. It helps reduce stress. Sleep also improves our mood. Remember the section on mindset from the last post? The mental and the physical benefits of a good night’s sleep are important for any athlete.

Easier said than done, we realize. (We have a 1.5 year old and 3 year old and are fully aware that sometimes proper sleep is out of one’s control.)

Ways to maximize the benefit of sleep (we are telling ourselves this as much as anyone):

And why is consistency so important? Because “a good night’s sleep” is not enough. You need a consistent string of good nights. Need convincing? Here’s Harvard Health’s take on sleep debt.

Shoes. Clothes. Accessories. Wear all your stuff. Test your fuel plan. An important race should never be the first time you try something new.

Some things you will need to adjust before you find what works for you during a hard effort. I’ve found that I cannot wear compression tights. I feel too restricted. I have also worn arms sleeves that were too large and they drove me mad. Better to find out these things in training than on race day.

Here is a list of things you may want to test or consider before a race:

If you can, run the course of the race. Here are some race day suggestions.

The most important thing is getting to the start line of your goal race or race season in good health and high spirits. These are the kinds of things that can help that happen, but there certainly are more. As always, if you’ve got some in your own list and want to share, leave a comment!

Pre-race Routines and Prep
Scroll to top
Interested in a Service?