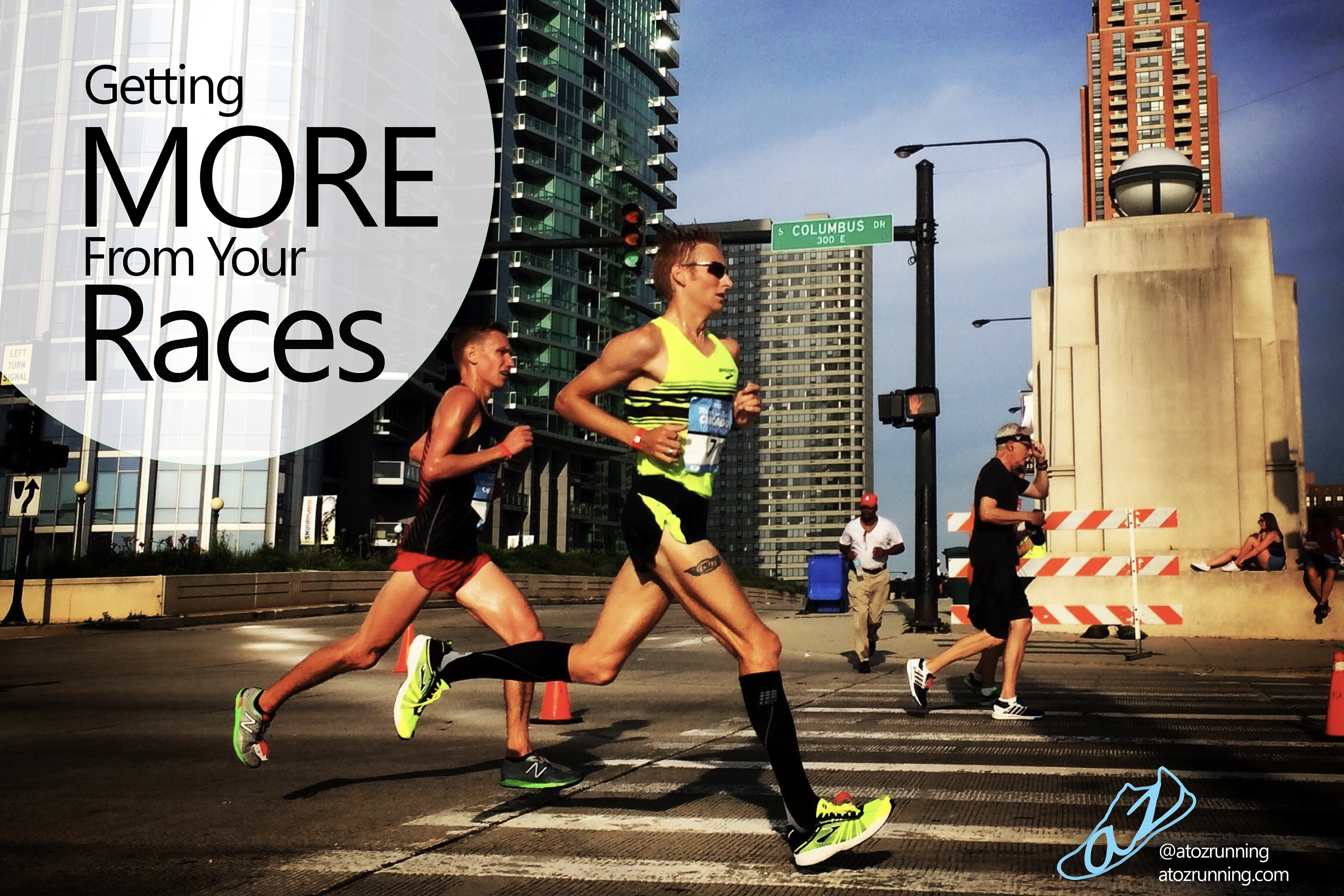 Racing is probably the most curious thing about running. From absurd event ideas (like intentionally getting irreverently messy, be it by mud or glitter or phosphors) to barely-sane race-day rituals, runners jump through all manner of hoops in the name of racing.

Deciding whether to and when to race is one such curiosity that has piqued our attention lately, and during the natural course of contemplating this topic, we’ve come to realize that there are quite a few great ways to approach the world of racing. And more than a few bad ways, too.

Incidentally, we (Andi and Zach) tend toward completely opposite extremes in racing.

Andi feverishly rides the line of racing too often without the right preparation or intent. In a previous post, Andi described this perspective. “She will run a 5k any chance she gets. She loves to race.” Zach is always tempted to add “to her detriment,” but as Andi has justifiably reminded him, her 5k PR was run under such circumstances, to name just one of the many positive outcomes.

Conversely, Zach has historically (dating all the way back to high school) been prone to actively (perhaps obstinately) avoid racing more often than not. You can imagine what the conversation is like in our home any time there is a race in the near future.

Before casting any shadows, we want to share several motivations for racing.

Race for the fun of it. Andi offered this one from her own experience. The raw and wonderful nature of racing for fun is that aside from the carnal misery of attempting to coerce your body beyond its reasonable limits, races certainly are fun! What makes them fun, though, tends to involve one of these other motivations.

Race for the competition. This more closely aligns with Zach’s notion. In his mind, less frequent racing provides greater opportunity to prepare and thus compete at a higher level. However, Andi suggests that her love of competition is largely what makes racing fun for her. She is definitely not alone in that.

Race for the community. We’ve written on community a lot and will continue to do so. In this instance, though, the idea of community very often implies the desire to race socially. Race with friends or family. Race with work or company teams.

Race for the destination. A heavy percentage of race events out there are specifically built around an incredible location. Some friends of ours recently told us about the Pikes Peak Marathon where seriously unbalanced individuals willfully climb over 7,000 feet in 26 miles to a maximum elevation of 14,000 feet (I looked it up: life can actually still exist at that height, in case anyone else is as concerned as I am, though at some point you start to risk brain lesions…). Of course, everyone would agree that the Bayshore Marathon is up there on the list of beautiful races for a weekend getaway (we are probably biased about that one).

Race for the accountability. For the getting in shape or trying to get fit or anyone else looking for external accountability, racing is wonderful. It forces us outside ourselves in a highly inspiring and positive environment of like-minded pursuits. Few things are better for the driven than to drive alongside other driveners (it doesn’t have to be a real word for it to make sense).

Race for the other. Supporting a cause bigger than oneself is incredible. So many runners race to raise awareness, money, or other support for a litany of worthy endeavors (a colleague of Zach’s recently ran three marathons in three weeks to raise money for suicide awareness and prevention efforts). We have often discussed this dynamic when selecting races ourselves (like one of our favorite local events: Mitchell’s Run Thru Rockford).

Race for a new challenge. You’ve done every other pseudo-masochistic “sport” or activity, so why not try a marathon? Or an ultra marathon? Shoot, there’s probably a good 300-mile race through the Sahara Desert that at least a handful of people have survived. Why not try that? Or maybe you just want to try a dead sprint for four laps straight around a track with oodles of gawking onlookers to observe every slagging step. That sounds good, too!

Separating the Good from the Bad

Apparently, despite his best efforts, Zach may have cast a few shadows after all. But the truth of the many motivations for running races is that any reason can be a good reason so long as it is aligned with your ultimate running goals.

That’s really the only distinction between a bad choice and a good choice when it comes to running a race, and through that filter, we discover how to truly get the most out of the racing experience.

Begin always with the simple question: what is my current goal?

And so the principle continues. Whatever the goal, let that influence your decisions around racing. In so doing, you’ll find the greatest reward, the highest fulfillment, and the likeliest inspiration to get the most from your races.

Are you finding yourself more interested in the day-to-day and bite-sized bits of what we are up to in the world of running? The best way to get close is to follow on Instagram or Strava! And as always, leave a thought below: what is your goal right now? How do you approach racing? 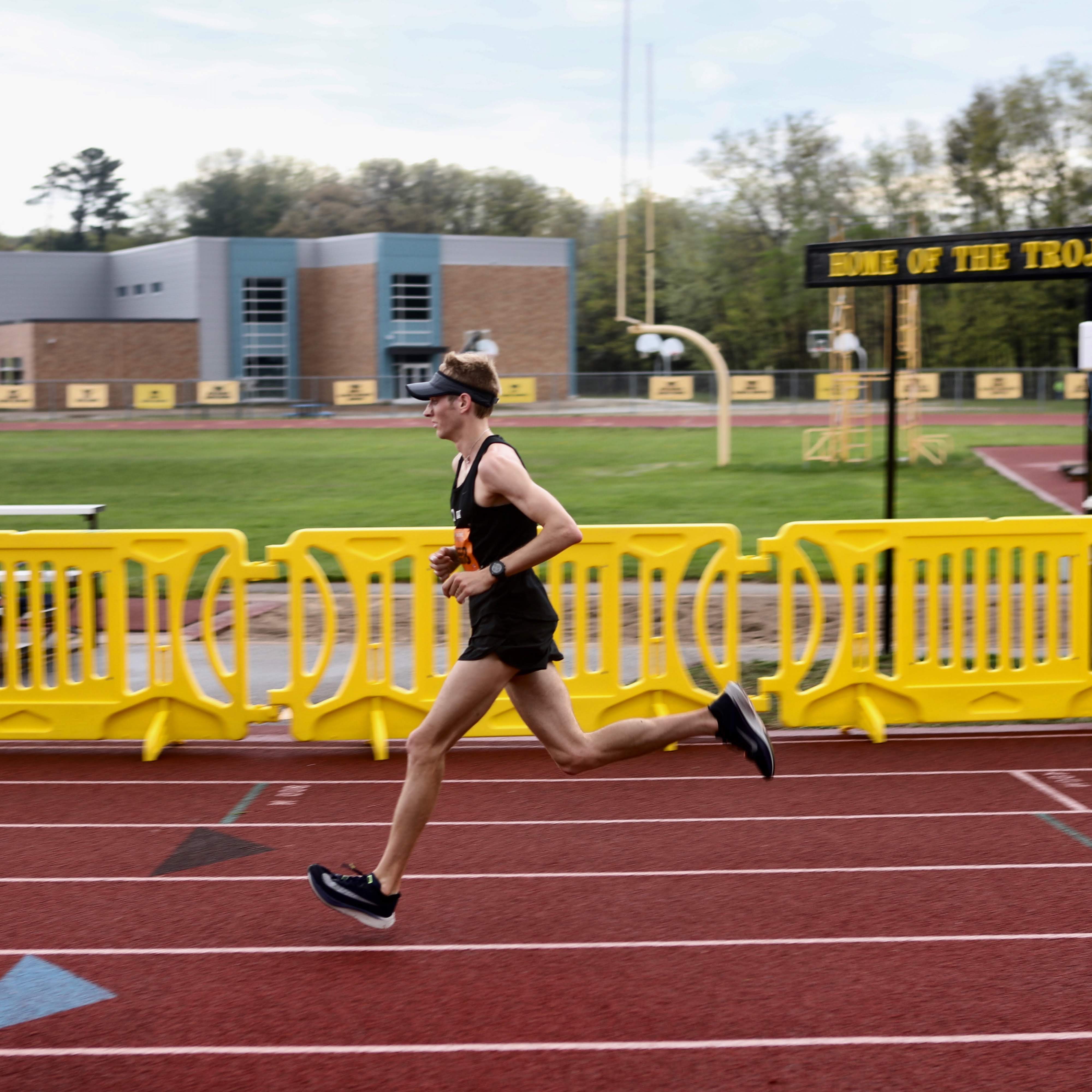 Have Fun on a Treadmill? Yes. It’s Possible.