The U.S. 2020 Olympic Trials Marathon Team Trials proved to be as exciting as spectators and athletes anticipated. “Hillanta,” as it was called in the athlete technical meeting, tested the minds, bodies, and wills of runners competing. Even at the top, athletes winced, faded, shuffled, and dropped. With one of the strongest fields in US distance running and only three spots for men and women, many walked away with disappointment and some stumbled away with broken, sore, or depleted bodies. In this article (and corresponding episode of the A to Z Running Podcast) we digest the race and celebrate the top performances for the men’s and women’s races.

The World of Running:
Besides the Olympic Trials Marathon, the Tokyo Marathon yielded incredible performances. The women’s American 3k indoor track record was crushed by Karissa Schweizer with two other women dipping under the previous record. At the same Boston meet, top ladies from Bowerman Track Club were showing up with personal best times.

For those of you who have been following. I qualified for the U.S. Olympic Trials at the 2019 Chicago Marathon. You can find the recap here.

With two hip labrum tears and sciatica, the journey to the trials hasn’t been easy. With the help of my PT and lower mileage I was able to prepare and run and at Olympic Trials. The course did not do any favors for my particular issues and the pain presented itself early on.

I heeded Ryan Hall’s advice to, “Run the mile you’re in.” Many times I thought my legs were going to fail me, but I kept putting one in front of another. Fixing my eyes on the crest of every coming hill, I smiled and imagined my former teammate Kendra telling me to “latch on.”

I knew I was running slower than my goal and near the back of the race, but I put my pride aside and picked up my courage. It was a lighter and more invigorating companion.

On the course, I heard my name. What a thrill to run down crowd lined streets and have several people yelling, “Hey Ripley, believe it!” My own family yelling, “Go Andi-pandi-pudding-pie!” My friend Marcia yelling at the top of her lungs as I suffered with a smile.

It was an honor to run this race. Am I hungry to explore my potential when I am more healthy and ready? Absolutely.

Of the almost 700 athletes anticipated to cross the finish line in Atlanta, only 565 clocked results on Saturday, February 29th.

Atlanta Track Club was the gracious host of the Olympic Trials Marathon and treated all athletes like “A” standard athletes with lodging, food, and travel provisions.

I have never before seen such enthusiastic volunteers as I did in Atlanta for the 2020 US Olympic Marathon Team Trials. Every single corner, outdoors and in, there were big smiles accompanying a sign to direct athletes. The behind-the-scenes of the Olympic trials experience exceeded my expectations. Atlanta Track Club organized and executed a difficult feat and provided athletes a “golden” experience. We talk more about the experience on the podcast.

Temperature: 50s
Wind: Gusts up to 20mph
Elevation: 1,389 feet of climbing
Female Finishers: 390 finished of the 480 declared
Male Finishers: 175 finished of the 215 declared
Interesting fact: Only 121 women ran faster during the trials race than the 2:45:00 standard required to qualify. Of the 175 male finishers, only 49 hit the 2:19:00 standard during the race. Conclusion: The day was slow for most athletes.

Saturday’s event started and ended in the historical Centennial Olympic Park in Atlanta, Georgia. As mentioned previously, the course was hilly. Take a look at the elevation chart.

Who is going to the 2020 Tokyo Olympic Games for Team USA?

As a 2016 Olympic bronze medalist in the marathon and the top seed coming into the race, it was suspected but not certain Galen Rupp would be on top. In 2019, Galen Rupp didn’t finish a race. He was recovering from heel surgery, added a forth kid to the family, and lost his lifelong coach to USADA rules violations.

Despite a difficult year, Rupp came through triumphantly to win the race and earn his spot on the 2020 USA Team in Tokyo. In Galen’s post race interview with NBC he said,

Jacob Riley (goes by Jake) realized his Olympic dream this weekend by being patient and gutsy at different points in the race. He took it out conservatively and ran aggressively at the end, which was a very effective strategy on Atlanta’s difficult course. Although Riley was ranked 5th and a possible contender leading into the race, he wasn’t named in many predictions as a top pick.

Between the 2016 trials and now, Jacob Riley was dropped by his sponsor, had Achilles surgery, went through a divorce, took up teaching, and started a new master’s degree in mechanical engineering. He also ran a 3 minute PR at the Chicago Marathon in October and improved on that PR at the Olympic Trials to earn his sport on Team USA.

“I knew I was fit, healthy, well coached, and that I wanted it more than I have ever wanted anything in my entire life, but at this level, that’s just the price of admission.”
– Jake Riley

Abdi Abdirahman is a 4-time Olympian, now making his 5th Olympic team. At 43 years old, Abdi showcases his experience and longevity of fitness. Abdi’s personal best in the marathon is 2:08:56 in 2006.
We love the advice Abdi told Podium Runner,

“Running is not a complicated sport. If you’re tired, you’re tired. You take a rest.”
-Abdi Abdirahman

Leonard Korir wasn’t far behind Jacob Riley and Abdi Abdirahman. It came down to a kick in the last mile. Leonard Korir is certainly a strong US alternate if he accepts. As we mentioned in our previous podcast and article, in Korir’s marathon debut, found out the day before the race that pacers were going to go much faster than he was planning. He changed his race plan fewer than 24 hours before his first marathon and ended up running the fastest debut by an American ever. He wasn’t training for the marathon at that point. Lots of great things to come to for Leonard Korir. Get familiar with his name. About his 2018 cross country race he said,

“The essence of determination and motivation got us through.”
-Leonard Korir

Aliphine Tuliamuk won over a very strong field of U.S. women contenders. At mile 18 there was still a pack of at least 18 women in the race. Aliphine started the race with a handmade crocheted hat bearing the colors of the US flag. Aliphine is a crocheting wizard with an etsy shop. She won the 25k Championships in Grand Rapids in 2016 which was her first ever U.S. Championship. She is a 9-time U.S. National Champion and Kenyan-born. Tuliamuk is 1 of 32 siblings. It wasn’t until mile 25.2 that Aliphine moved away from second place finisher, Molly Siedel.
On Aliphine’s instagram she writes this advice,

“If you are going through an injury or hardship, find something interesting and maybe creative to take your mind off of the stress, and remember, this too shall pass.”
-Aliphine Tuliamuk

Molly Siedel was a major surprise factor. This weekend’s marathon was Siedel’s debut earning her a spot on the US Olympic Team. Siedel was a college stand out at Notre Dame winning four NCAA titles before graduating. She was quiet for a few years as she battled and overcame an eating disorder. This December she ran a speedy 1:09:35 half (which qualified her for the trials), indicating she was fit and ready for something great. She is a barista and babysitter… and now an Olympian.

“Put your head down, get to work, and strive to be better than you are today.”
-Molly Seidel

Sally Kipyego fought assiduously for her position on Team USA. With a strong pack through most of the race, Kipyego found herself gritting out the last 3 miles of the race. Kipyego was fierce and unrelenting. In her post race interview she told NBC that having her child and coming back from pregnancy helped to prepare her for this race. In our previous post we mentioned that Kipyego competed in her debut marathon running 2:28:01. She didn’t know it at the time, but she was 4 weeks pregnant. She previously was the silver medalist in the 10k in the 2012 London Olympic Games (representing Kenya). Sally became eligible for USA teams as of August 21, 2019.

“When every bit of me wanted to stop, I felt your positive energy push me forward. Thank you and may God bless you from the bottom of my heart.”
-Sally Kipyego

Desiree Linden was closing on Sally Kipyego at the end of the race. Des ran a strong race that if 200m longer, she may have found herself on the Olympic Team. As we mentioned in our preview post, Des along with her husband and two other runners, own a small-batch coffee company. A fan favorite of many, this contender is based out of Michigan and lives in one of our favorite places in the world, Charlevoix, MI. She is known as the queen of the Boston Marathon with her first place finish in 2018.

Unpacking 26.2 miles of racing and a whole field of competitive athletes in a reasonable length podcast and article was simply not possible. We will continue to give you updates on America’s top distance athletes. (You definitely do NOT want to miss next week’s episode!)

5 Things Every Runner Needs to START

How to Not Run

When life gets you down, HANG IN THERE! | Podcast ep 24 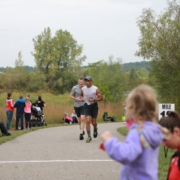 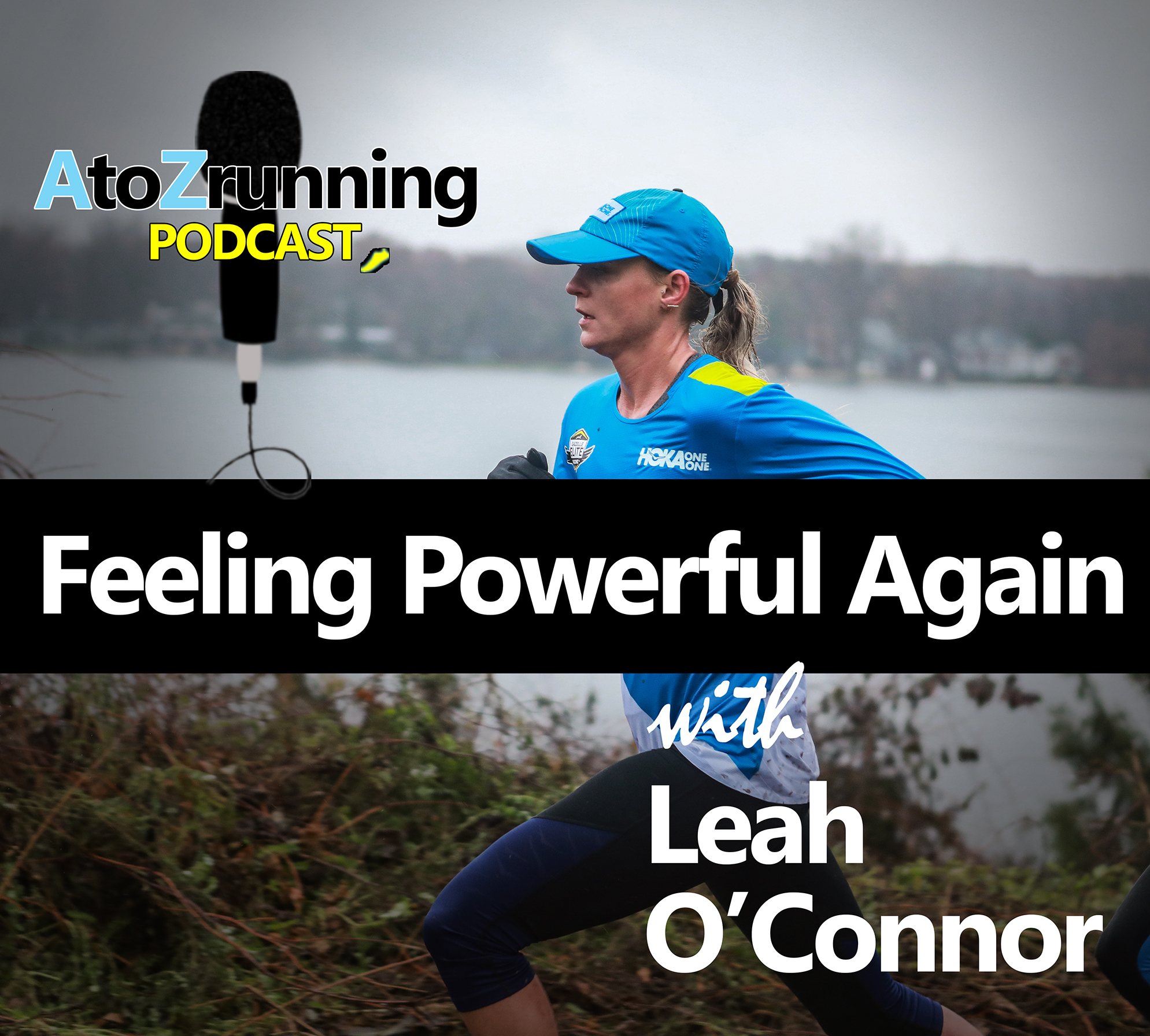 When things don’t go your way, HANG IN THERE!| Podcast ep 23
Scroll to top
Interested in a Service?