26.2 miles of Atlanta hills will decide which marathoners will go the the 2020 Tokyo Olympic Games for team USA. If the distance doesn’t impress you, how about the 1,389 feet of climbing? The U.S. Olympic Team Trials Marathon will be the event to watch the weekend as one of the strongest fields in U.S. history toe the line for their shot at an Olympic dream.

Read on if you want to get to know a little bit of trivia (or listen to the episode – we play a trivia game!) about the contenders and a few race details to help you know what to expect on February 29th.

SPOILER ALERT: IF YOU WANT TO “PLAY ALONG” ON THE PODCAST, THE ANSWERS ARE BELOW.

The World of Running:
This week the entire article and podcast are about the world of running, highlighting the best in the U.S. marathon scene. However, the shattered world half marathon record demands some attention. Ethiopia’s Ababel Yeshaneh ran 1:04:31, 20 seconds faster than the previous record (Zach incorrectly says 30 seconds in the podcast – oops!).

The 2020 Olympic Trials Marathon will include over 700 athletes toeing the line for 6 spots, 3 men and 3 women (plus an alternate for each). Below are a list of just the top 10, and keep reading for discussion on additional contenders.

Fact Check: The U.S. Olympic Trials has been granted gold label status by the IAAF, which means the top three men and women regardless of hitting the Olympic Games qualifying marks will represent Team USA at the 2020 Tokyo Olympic Games.

Saturday’s event will start and end in the historical Centennial Olympic Park in Atlanta, Georgia. As mentioned previous, the course is hilly. Take a look at the elevation chart.

In 2019, Galen Rupp didn’t finish a race. He was recovering from heel surgery, added a 4th kid to the family, lost his lifelong coach to USADA rules violations, and he’s still considered by most to be the race favorite!

Leonard Korir, in his marathon debut, found out the day before the race that pacers were going to go much faster than he was planning. He changed his race plan fewer than 24 hours before his first marathon and ended up running the fastest debut by an American ever. Oh yeah, and he wasn’t training for a marathon, either…

While a fast runner in many respects, surely, Scott Fauble is possibly best known in the running community for burritos. Specifically, for loving burritos. He even has pins (which you can buy).

Between the 2016 trials and now, Jacob Riley was dropped by his sponsor, had achilles surgery, went through a divorce, took up teaching, and started a new master’s degree in mechanical engineering… but he also ran a 3 minute PR in the marathon!

Jerrel Mock plays in an indie rock band in his spare time, known for their mix of 60s/70s and 90s styles, depending on the song, which also explains his Prefontaine-esque look. He also has a collection of other hobbies. He’s a multi-talented guy.

5th at that nasty Boston Marathon race… so we know for certain that Andrew Bumbalough has guts! This resilience will serve him well on Atlanta’s course.

An example of one of those guys who can just do work at 26.2, Matthew McDonald‘s other times wouldn’t put him anywhere near an Olympic Trials start line, and yet he’s one of only 10 Americans with a current Olympic standard! Matthew knows how to make it happen.

Matt Llano has the 17th fastest half marathon of all-time in 61:47. He’s got speed. Never count a guy out with that kind of speed and a World Olympic Standard. We expect to see Matt in the mix.

Scott Smith is a seasoned athlete. In fact he ran in the first Nike XC Nationals race for high school. And he loves pizza.

Abdi Abdirahman is a 4-time Olympian. What comes as a surprise is that with 4 Olympic bearths, a 27:17 10k PR, and a top-3 finish at a majors marathon, Abdi Abdirahman has only ever finished 7th at a World championships appearance. He’s hungry for more.

Bernard Lagat holds multiple American records as well as medals at the world stage and is likely one everyone will easily recognize, either by face or name or both.

Haron Lagat is nowhere near the top 10, but he’s run a 61:01 half and ranked top 20 in the world in the steeplechase for 5 years, so we know he’s tough. He’s only run one full marathon, so the combination of his speed and his toughness tells us he may have a faster marathon in him.

A one-time college rival of Zach’s, Nathan Martin most recently ran 2:14:33 at the CIM… 2 years in a row! He may not be a likely contender for the team, but there’s a good chance he’ll finish above his station at the very least.

After graduating from GVSU, Alan Peterson proceeded into the marathon where he has done nothing but improve, chunking over a minute off his marathon PR for multiple years in a row. We’ve watched his career for nearly a decade now and are excited to see what he can do in Atlanta!

We all know his name, and we all know that he can run with the best. If Dathan Ritzenhein shows up healthy and hungry, he’s as much a threat as anyone. Dathan is a three-time Olympian with incredible range. Hear more from Dathan in Podcast ep 7. He also shares insights as a coach here.

Jordan Hasay finds inspiration from Winnie the Pooh quotes, including, “Always remember you are braver than you believe, and stronger than you realize.” As a two-time Foot Locker Cross Country champion in 2005 and 2008, Jordan started her super-status as a high schooler winning 2008 Girls High School Athlete of the Year by a unanimous vote. She recently had a coaching switch to one of Andi’s role model athletes, Paula Radcliffe.

Sara Hall hits way beyond 100 miles for the week with 6-day training. She and her retired pro-runner-husband (now coach – Ryan) adopted 4 girls in 2018. This year, she just keeps showing up for big races with amazing times. Sara’s qualifying mark happened at the Berlin Marathon this year in a time of 2:22:16.

At 28, Emily Sisson is younger than any female U.S. Olympic marathoner since 1996,  (though fellow contender Jordan Hasay is a month younger). She is fairly new to the marathon and trains with Molly Huddle and New Balance. She has the U.S. #2 all-time half marathon 1:07:30 (from Houston, 2019). She also ran the fastest ever American debut at half marathon the previous year.

Kellyn Taylor is an unmistakable threat to a top 3 spot. Fun trivia about this runner: in late 2016, she trained and passed the firefighter courses to qualify as a firefighter for the United States. She won the 25k River Bank run in 2014, so we all know Kellyn Taylor can take the heat of this competitive women’s field.

She won the 2018 Grandma’s Marathon in 2:24:28, setting a course record in the process. Kellyn Taylor’s time made her the 7th fastest marathoner in US women’s history.

In 2016, Sally Kipyego competed in her debut marathon running 2:28:01. She didn’t know it at the time, but she was 4 weeks pregnant. She previously was the silver medalist in the 10k in the 2012 London Olympic Games (representing Kenya). Sally became eligible for USA teams as of August 21, 2019.

Emma Bates runs with the wolves. This survival mentality may prove useful in this tough race for top spots in the Olympic Trials Marathon. In her solar-powered tiny house, this contender has lived on 10 acres of wilderness with no cell-service or wifi. She also won the 2018 USATF Running Circuit. Her husband is her coach. (Please excuse our blunder calling him her fiance!)

Molly Huddle very well may have been the reason for the female running emoji. Her post about needing one when texting with a friend went viral. She has a twin sister named Megan. She also told sport-hive that she has an interest in fashion even though she wears running clothes all day. She is a two-time Olympian for Team USA on the track (2012 and 2016) and is one of the most dominant road racing forces in the history of American distance running (records including 10 mile, 20k, and half marathon, not to mention at one time breaking the 5k and 10k American records on the track).

Desiree Linden, along with her husband and two other runners, own a small-batch coffee company. A fan favorite of many, this contender is based out of Michigan and lives in one of our favorite places in the world, Traverse City, MI. She is known as the queen of the Boston Marathon with her first place finish in 2018.

Aliphine Tuliamuk is a super-star runner and a crocheting wizard with an etsy shop. This contender won the 25k Championships in Grand Rapids in 2016. She is a 9-time U.S. National Champion and Kenyan-born.

Stephanie Bruce is a mama of two boys. She is married to a famous distance runner who now is her coach and occasional pacer. Bruce began running at the age of 4 years old. Known for her grit, you cannot count this athlete out.

Nell Rojas was training for an Ironman and switched to the marathon. She ran 2:28:06 in only her second marathon ever, and won the race. She is new to the scene, but may be a dark horse in this competition.

Lindsay Flanagan placed 9th in the 2019 Boston Marathon last year. She is coached by Steve Magness.

Allie Kieffer is a strong runner both mentally and physically. She can compete with the best when she is healthy. Anything could happen if Allie is ready to go.

Samantha Palmer wanted to be a professional runner and never made an NCAA Final. She reached out to 4 professional training groups and they turned her down. Now she has PRd in every race distance, qualified for two Olympic Trials and made her first USA XC Team. She keeps climbing her way to the top. She is self-motivated and a force to be reckoned with.

Roberta Groner is a full time nurse and mother of three kids. Roberta represented the USA in Doha for the World Championships and placed 6th. In terrible conditions, Groner shows up. She will be one to watch on this tough course.

As you can see, the field for the U.S. Olympic Trials is a competitive one. We hope you enjoyed learning about these athletes as much as we did researching them. One of our goals at A to Z Running is to elevate the sport by giving information about the world of running.

Support the above athletes by sharing this Olympic Trials Preview!

Make sure you tune in to NBC at noon EST for live coverage.

You can track athletes with this link:
https://rtrt.me/atlanta2020trials/track/R9ED3A5C 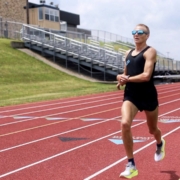 The Problem with Pace | Podcast ep 158

How to Race in the Rain 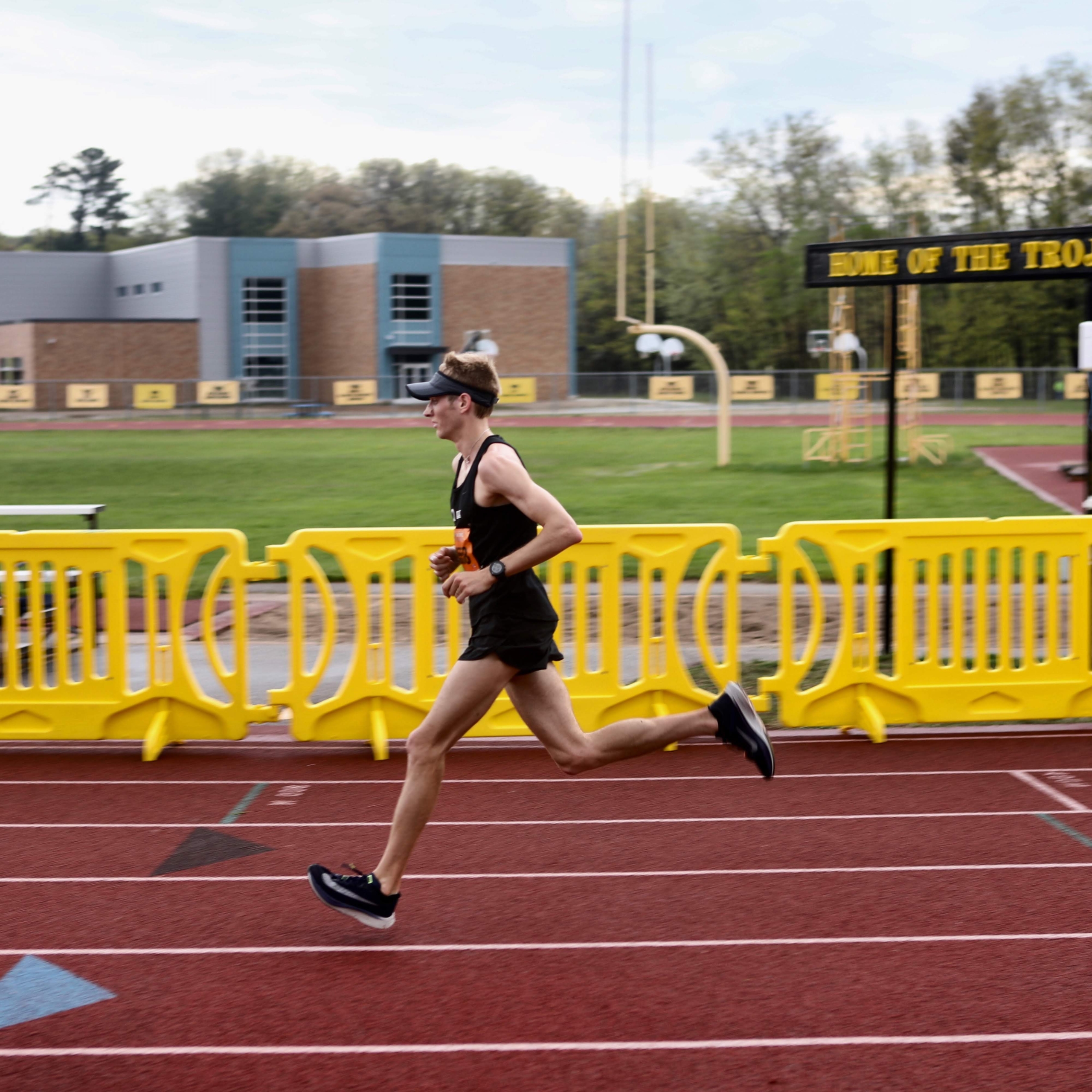