If you ran the 2019 Bank of American Chicago Marathon, congrats! (And if you spectated, thanks!) We would love to read about your experience in the comments. This article will include an overall report on the Chicago Marathon, a brief recap on our marathon prep and race experience, and a little about what’s to come.

The Bigger Story: Chicago Marathon by the numbers

Great weather and a fast course set the stage for history making performances.

Although Chicago was a bit windy (go figure!), the course and the temps were pretty ideal for the marathon runner. At about 40 degrees throughout the race, it would be unlikely for a runner to overheat or dehydrate as quickly, so stunning performances were obtained by many beyond just the elite field.

(Major shout out to Chicago Marathon spectators as the conditions were less than ideal for standing and watching the race! Here are a few of our people…)

Here are some of the incredible facts surrounding this year’s race:

(Above information was synthesized from the results page and the Chicago Marathon press release.)

In our podcast we give a little more commentary on a few of the elite performances, like Kosgei’s record and an impressive run by Parker Stinson, a local connection. You can listen here or find it on any major podcast platform: “A to Z Running”.

Every Marathon Story Begins Before the Start Line.

Everyone loves a little “comeback kid” story, right? It feels weird to tell my story because it’s a bit unreal. Truth be told, it wasn’t coming back. It was more like lunging further than I’d ever been.

Here are a few words about my experiences that may ring true for others out there. Be encouraged to pursue levels that may seem previously impossible!

My training was abnormal for a person trying to get an Olympic Trials Qualifier. I ran minimum mileage and supplemented very little with cross training. My highest mileage week was 66 miles. I did not run anything faster than steady state effort (6:17-6:45 depending on the day) until the final weeks of marathon training when I was fine tuning.

The main element of my training that I would like to highlight is not glamorous but was defining: my physical therapy exercises (thanks, Adam). I focused on mobility and activation (still need to dive into the strength piece better). There were days my pre-run routine took longer than the runs themselves. Getting my body ready to run was more crucial than my paces or workouts.

I ran a 5k PR as my first true fast effort. The race was my first tempo. I ran 17:25 feeling strong until the last step. Weeks later I ran a poorly executed half marathon in 1:21:42, but it was still a half marathon PR.

Coming into the marathon, I hadn’t quite seen enough to give me confidence that I would be able to hit the standard.

It’s pretty simple, here. I decided later than I would have liked to go all-in for Chicago, so did everything I could to build a heavy base and rely on strong aerobic conditioning.

I struggled against comparing my preparation to my 2015 marathon debut (also Chicago) when I was building off both the strongest season of racing of my life (2014) as well as the most successful block of training I had ever strung together (in 2015, I averaged 100-120 miles/week without injury for almost 6 months straight).

You can see why it was hard.

For all of the reasons adults working full-time with a spouse, two kids, house, and all the other important things in life share, I no longer find it practical (or desirable) to train in such a manner. Still, with the marathon looming, I felt the temptation to pile on the miles, and after drifting over 100 miles a couple weeks in a row, my body started breaking down (lack of sleep, overwork, etc.).

I think we will soon dedicate an entire blog post on race week jitters. I experienced them more than I ever have, because I cared more than I ever have. Zach can attest to the fact I would often zone out, forcing him to repeat himself numerous times during a conversation. My anxiety was razor sharp, something else to which Zach can attest. We’ll spare you the details.

Here are a couple ways I combated the jitters:

Marathon morning I noticed I forgot my watch when leaving the hotel. I ran my previous two races without a watch, so I decided (with Zach’s help) to leave it behind.

I did very little jogging before the race. Very gently, I did some drills and a little bit of running in the park area where the American Development tent was located.

When the gun went off, I felt like we were all moving in   s l o w m o t i o n. I know we actually weren’t, since my first mile was about 6 minutes, but it felt like it. The energy of the city and the race was electrifying. After about 3 miles I settled into a group. By mile 6 I found out I was in the 6:10/mile pace group. This was a much faster pace than my 6:15-18/mile goal. It was still worth running with a pack and this gave me “time in the bank” which helped my confidence concluding the marathon. I also noticed the cheering was better during the times with other ladies. As a unit, spectators saw our strength.

Mile 16 my quad started screaming. The night before the race I reamed on my really sore right quad. I was almost crying on the foam roller (y’all can relate, right?). It was too aggressive. If you want a take away, please include this- don’t roll so hard you cry the night before a race. You are doing damage.  If there is one thing we practice over and over, it’s the motion of the lift of the knee and the push off. Unfortunately for me, I had to start thinking about lifting my knee on my right side during the race.

Mile 20 rolls around I am really questioning if I can finish. 10k seems like forever at this point. I could feel my legs failing me. Putting one foot in front of another was a struggle. I saw the clock and realized that I had time in the bank and if I was willing to suffer, I was going to achieve my goal.

Suffer I did as I shuffled up the hill to the finish. Praising God in my suffering became my purpose in the pain.

At the end I had charlie horses and a pained smile because I knew I had made it in Olympic Trials Qualifying time. I crossed the line 2:43:41 ahead of the 2:45 standard.

There’s really not much to say here. I joined forces with a friend in the running world, Joe Niemiec, to execute our conservative race plan. Thankfully, we found a solid chunk of guys all playing the same game and latched on for 13 miles.

As the marathon goes, those 13 miles were about the easiest I’d run all season, but we all know that it means little to feel good for 13 of 26.2.

Around the halfway banner, the group’s pacing began to waver significantly. One of our number broke off to take on the beast alone, but I wasn’t ready to ratchet up yet. Instead, I found myself hanging out at the front of a dwindling crew, taking the wind and setting the pace.

Admittedly, aside from the wind, I tend to prefer it that way, so it was a comfortable place for me. For a bit, at least. I actually found myself getting a little too excited for a couple miles and tried to calm it down a bit in order to save as much as possible for the final 10k.

You see, I’ve been there before, feeling good at mile 18 wondering just how fast I’m going to run. Unfortunately, just like the last 3 times, the marathon proved fickle and fiendish.

At 20, I committed to the final push, knowing that to run 2:19, I needed just a little extra. Two miles later, the floor fell out from under me.

The last four miles were a death march through every step of physical discomfort and its accompanying stage of grief.

2:22:09 was indeed my second fastest marathon (of four), but that’s less than comforting half a mile from the finish, watching the OTQ tick by.

Thankfully, though, that’s not how the story ends. And this is perhaps the greatest lesson I’ve learned in my 20 years of racing and competing. Failure is essential to deepening our connection to God, others, and self.

I do not downplay success but rather elevate failure. Success, such as Andi’s incredible achievement, is always to be commended and celebrated, especially when hard-won. But failure is the fallow ground for the seeds of empathy and shared struggle. In every success, I am grateful for the gift undeserved that it represents. In every failure, I am grateful for the shared suffering I glimpse in such a small way.

Recovery comes first, then I will begin training for the 2020 US Olympic Trials in February. I may pop into a half marathon along the way, but the focus will remain on the trials. My priorities will continue to be strengthening, mobilizing, and activating in order to remain healthy with these two labrum tears. Here are some of my focuses for strengthening. Besides that, life will remain the same- chasing after my two boys and traveling for work!

I just ran a marathon. What makes you think I ever want to run another step again? Okay. Hyperbole aside, I do actually struggle with a kind of post-marathon depression every time I run one, so for the next week or so, I will step away from thoughts about future running and spend this time rehabilitating and enjoying some rest. I’ll have more for you next week!

Covering 26.2 miles of earth is difficult for most humans. How we overcome, how we process, how we fight through the struggles throughout the journey can grow us. We talk more about the struggle in our podcast. 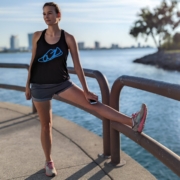 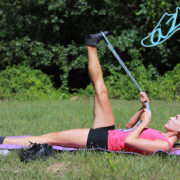 The Rule for Recovery (and the LPGA 5k recap!) 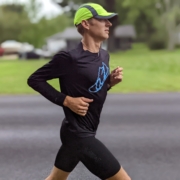 5 Things Every Runner Needs to Stop Now
Scroll to top
Interested in a Service?