WHY MUST RUNNERS FACE THE NOISE?

WHY MUST RUNNERS FACE THE NOISE?

In this episode of the A to Z Running Podcast, we talk with 800m and 600m US record-holder and multiple-time world champs medalist Ajee’ Wilson about dealing with pressure, whether the stakes are world-record attempts or just a simple weekly workout. We answer the question, “Why must runners FACE THE NOISE?”

February 28th in Atlanta, Georgia → Atlanta Half Marathon (from Letsrun.com)

Back on February 9th, Runner’s World reported that a new HM record was set…

MAIN TOPIC: WHY MUST RUNNERS FACE THE NOISE?

Ajee’ Wilson has been competing at high stakes since she was a youth champion in high school. In fact, remaining composed under pressure is now second nature to Ajee’ as she races and medals on the worlds most competitive stages. We dive into a little more about Ajee’s experiences and how it’s possible for her to remain calm under pressure.

About our guest: Ajee’ Wilson

Ajee’ Wilson is a household name in the world of running as the owner of the 800m American Record and Indoor 600m record. In fact, Ajee’ has the second fastest time in the world’s history for the 600m. Ajee’ has medaled in many world championship races and has represented team USA at the Olympic Games.

We had the opportunity this weekend to witness Ajee’ in her element at the Trials of Miles 800m where Ajee’ clocked the fastest time on Texas soil of -1:58.93

In this episode, Ajee’ will be giving us reflections about how to calm the noise and her experience racing at the highest level.

Ajee’ mentions her 2019 Bronze finish in Doha. You can watch that race here. 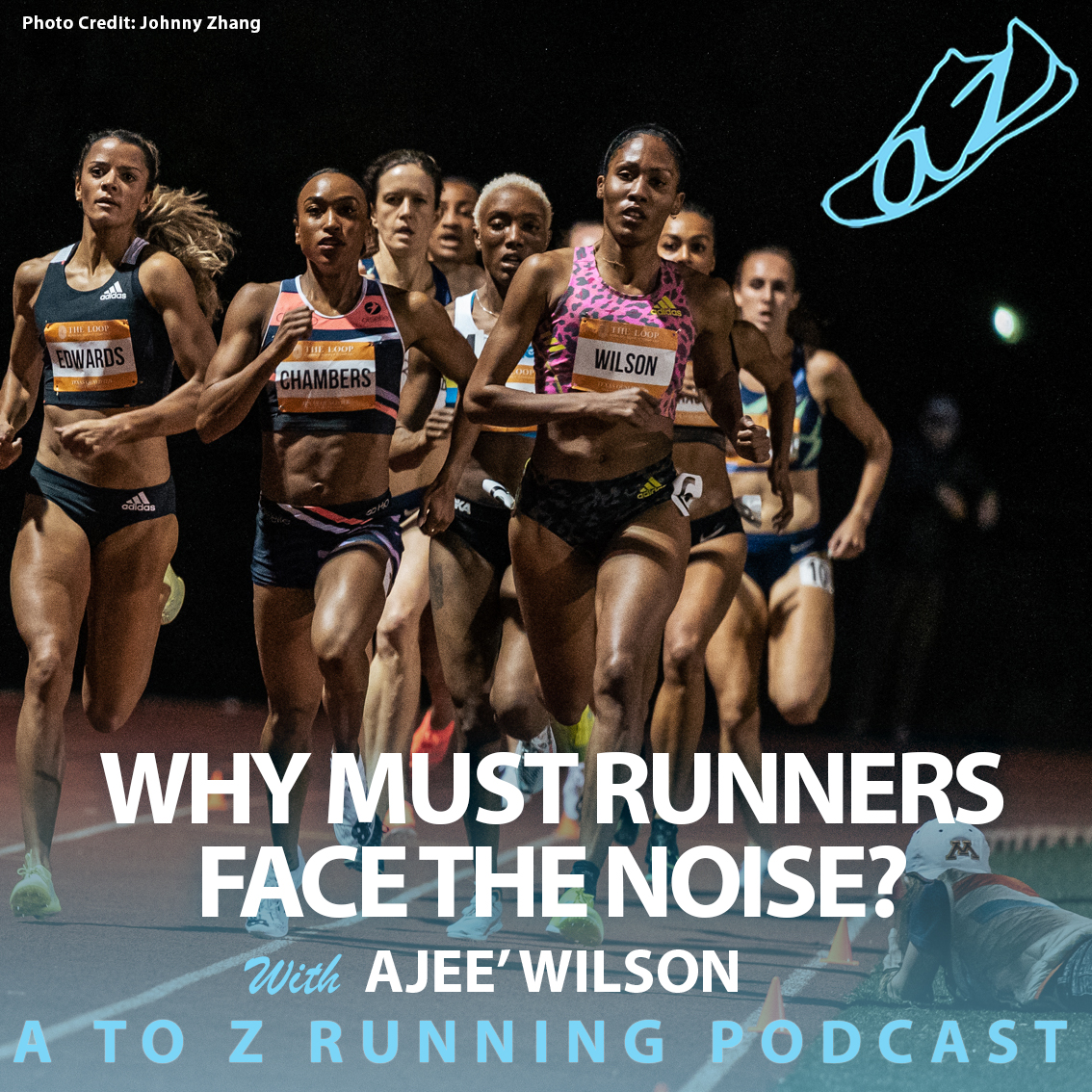 What can runners do to PREVENT INJURY? with Adam Homolka | Podcast ep 75
Scroll to top
Interested in a Service?