WHY IS CHANGE SO HARD FOR RUNNERS?

WHY IS CHANGE SO HARD FOR RUNNERS?

Last week on the AtoZrunning Podcast we discussed training through transitions with 15k US Champion, Clayton Young. In that episode Clayton shared with us his insight and experience. This week we take it further and dive into the changes we all commonly experience and what this means for our running.

Congrats to A to Z Runners this weekend

CONGRATS on a successful race to previous guest and race director of Rivertown Races, Andrew Buikema

April 25th in Wales, England at the Cheshire Marathon

MAIN TOPIC: Why is CHANGE so hard (for runners)?

The big challenge here is that for most of us when we fall off the training wagon, it’s during times of significant change when we find it hard to keep the running going and harder still to bring it back.

We are creatures of habit. Edgar Rice Burroughs wrote, “We are, all of us, creatures of habit, and when the seeming necessity for schooling ourselves in new ways ceases to exist, we fall naturally and easily into the manner and customs which long usage has implanted ineradicably within us.” It could be said all the observable universe seeks order. In a similar sense, the human experience tends toward rhythm.

What happens to us during significant changes?

When there are changes there is a measurable decline in mental, physical, emotional health. Even good changes cause stress. We experience growth when that stress necessitates flexibility and agility. It also demands patience in training and life in general.

During this episode of the A to Z Running Podcast we discuss different kinds of changes. Below are some of the changes. We could have covered many more.

A new type of training or coach.

We talk about how to intelligently modify training in ep 56 of the A to Z Running Podcast. Go back and listen for the full conversation.

Looking for a running coach? Please reach out! 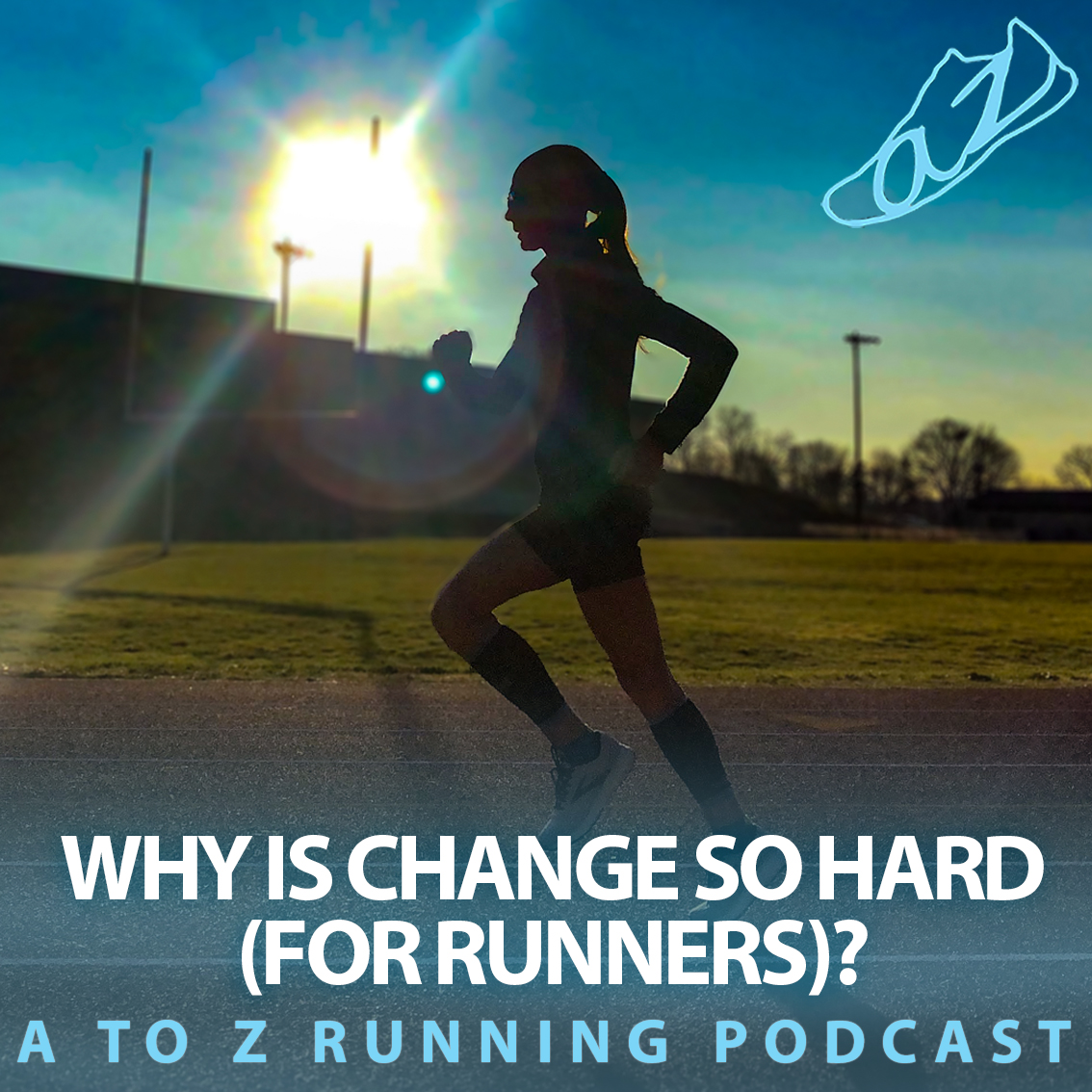 How to Race in the Rain